Due to the effects of Mexico’s financial crisis of 1982, the company requested Citibank’s participation in increasing company equity to contribute to the restructuring of company debt.

Funded with Mexican government paper, the bank invested US$100 million, acquiring a minority share of less than 20% of the company.

The executives who negotiated the transaction represented the bank for several years on FEMSA’s board of directors. The company subsequently bought back the bank’s shares, with sizeable benefits for both institutions. 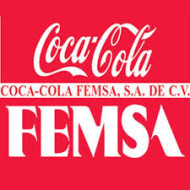