In 2006, the shareholders of Tequilera Cielito Lindo determined that a capital injection would be required to ensure continued growth; since 90% of the company’s sales were in the US market, large sums would be needed for marketing. After contacting the leading international distributors of alcoholic beverages, the conclusion was reached that William Grant & Sons, because of its characteristics, was the most viable partner for Tequilera Cielito Lindo.

In 2006, a contract was signed for WG&S to acquire 30% of Tequilera Cielito Lindo through a capital injection. The parties made a commitment that WG&S would buy 21% of the company two years after the initial investment, and would repeat this transaction for an additional 30% based on the audited results from 2010. The transactions were completed, and in this time period the company expanded by a factor of ten times its EBITDA. 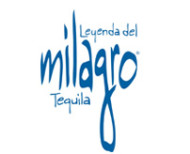 Activity: Production, distribution, and sale of bottled tequila with brand